4 years ago
Libby
My Travels

After 6 days driving from Winnipeg’s “polar vortex” to New Mexico, we first went to Albuquerque, then to Taos and finally are in Santa Fe for a week. Santa Fe has a very artsy and affluent vibe, and feels a bit out of the norm for our usual travel style! During the drive down to New Mexico, we would pick-up last-minute hotel deals, but since arriving here, we’ve enjoyed staying in some unique accommodations: an Adobe Airbnb, an Earthship, and (okay, we didn’t sleep there, but…) Meow Wolf.

New Mexico has a distinct look with Adobe style housing. Many cities have restrictions that housing needs to be beige, and in Santa Fe, it’s ruled that no structure can be taller than the Roman Catholic Cathedral downtown, which seems to mean no building is taller than 2 stories. Adobe bricks are made of sun-dried earth and clay, stabilized with straw. The beams that stick out of an adobe building are called vigas, which support the flat roof of the structure, and poke out the sides and are visible from the inside. Fences are oftentimes made of either adobe, or aspen/cedar branches and wired together, called coyote fences.

There are also decorations that are commonly used: many houses have what during the day look like little paper bags sitting on the rooftops, and at night, they become farolitos that light up creating a lantern effect. Ristras are strings of dried red chile peppers and are also used as decoration: red and green chiles are a signature of New Mexico.

We rented part of an Earthship for the first few days of our time in New Mexico! Earthships are off-grid structures, using a combination of thermal control from the earth, catching precipitation on the roof, solar power, and plants for a more sustainable lifestyle.  They are also known for using tires filled with dirt in the walls, and glass bottles as bricks that create a gorgeous stained-glass effect. We heard about an Earthship that was built outside of Winnipeg, and our friends Kelly and Derrick had helped with the construction of it. We’ve been curious ever since.

Earthships are a totally different style than conventional housing, as half are built into the earth so if you’re looking southbound, the structures themselves are not immediately obvious. Looking from the other direction, you see a whole lot of windows and solar panels. The community we were in had the Sangre de Cristo mountains overlooking our Earthship, and the Rio Del Grande Gorge up the highway, so lots of hiking opportunities. Couldn’t do them all in February weather, but it was a great home base for a few days, and with a brewpub up the highway as well (how convenient!).

Meow Wolf was -no holds barred- the coolest gallery/museum/whatever else it is I’ve ever been to. We paid admission (54$ USD- yikes) then walked in, saw a big Victorian house, and I immediately thought “Uh-oh, I should have asked more questions…”.  Walking into the house, people were everywhere looking in journals, touching wall hangings, opening doors. It was like a very snoopy Open House, where the owners didn’t stage anything and the visitors were particularly curious. We weren’t entirely sure what was happening.

Meow Wolf was founded by a group of young artists that didn’t feel like the bougie gallery scene of Santa Fe represented them. They started by renting a space and doing whatever they wanted in it (murals, interactive art, semi-permanent installations, parties). Their events and shows became increasingly popular, and acting as a collective they were as ‘radically inclusive’ as they could be with the arts community they were building. Eventually, Meow Wolf purchased a bowling alley with the help of the author of Game of Thrones, George R.R. Martin.

Brad and I went to the second floor first. We were in a teenager’s bedroom, and a man emerged from the closet and walked past us as if it were completely normal to do so.

That closet was connected to a hallway that led to a neon wonderland, also known as the “multiverse”: multiple worlds from another galaxy, with interactive art installations. As we looked more closely in the original house, we noticed that we could crawl into the fireplace, walk into the fridge, slide down the dryer into the multiverse: a colourful, unexpected splash of textures, technology, re-used materials and neon. It was thrilling! See for yourself here: 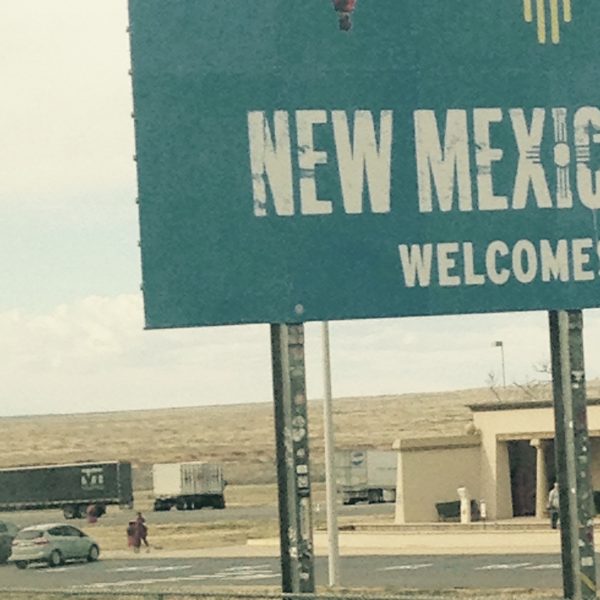 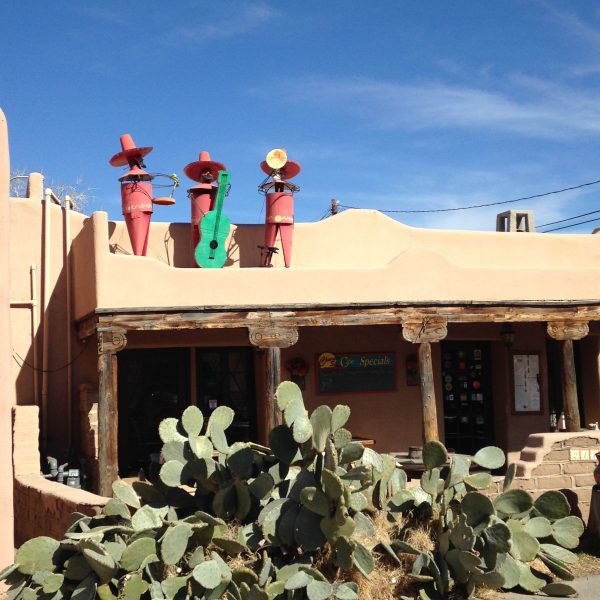 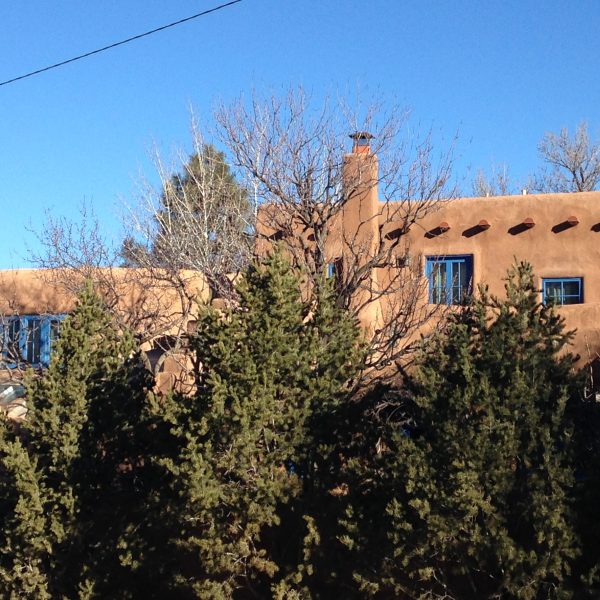 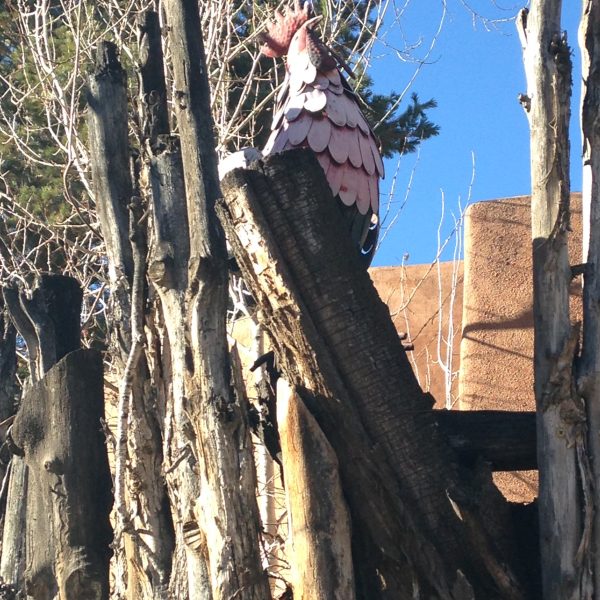 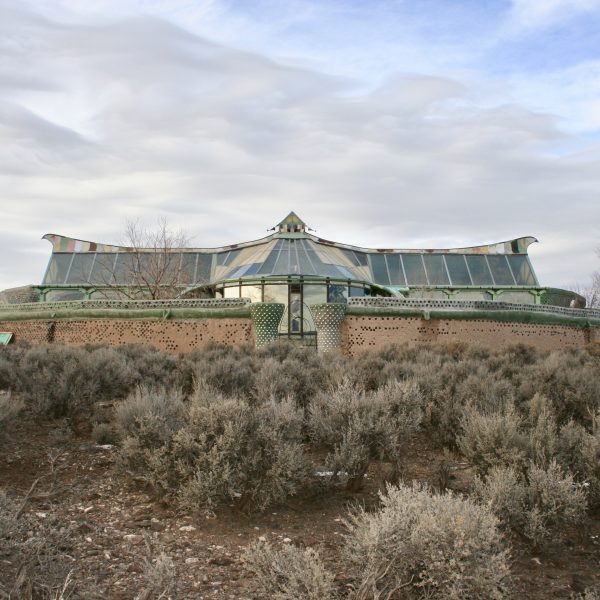 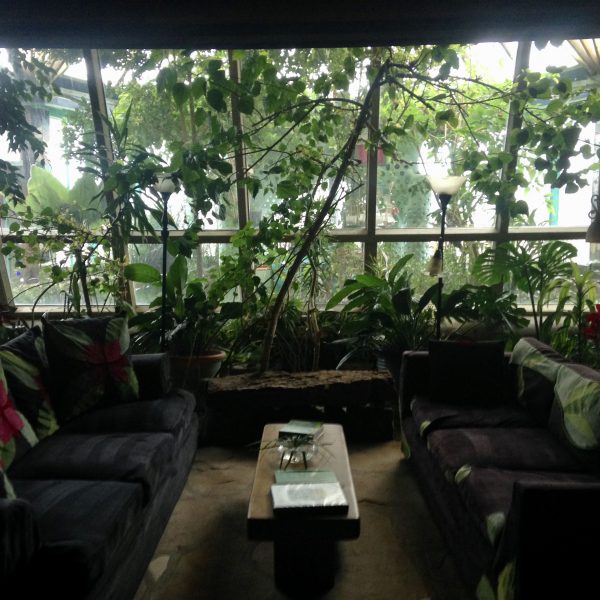 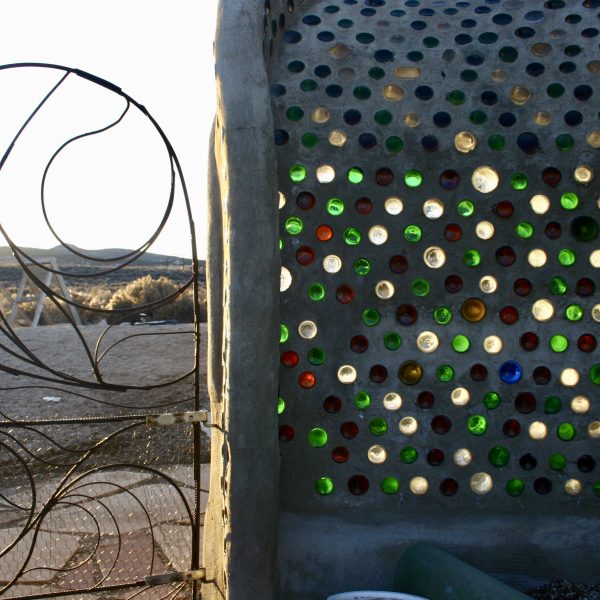 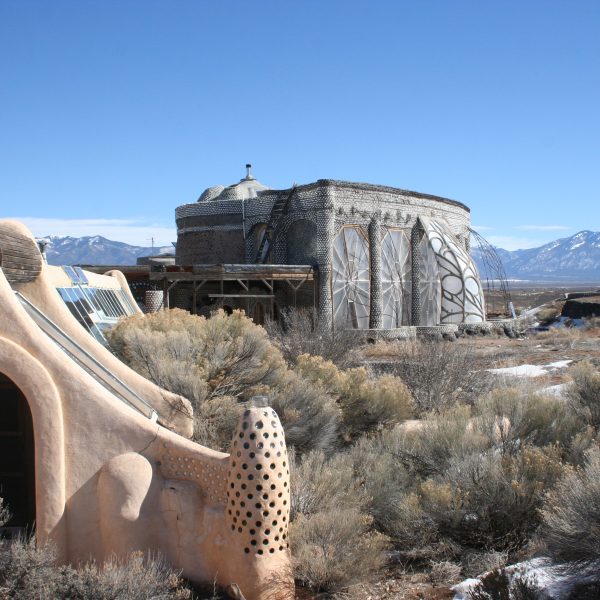 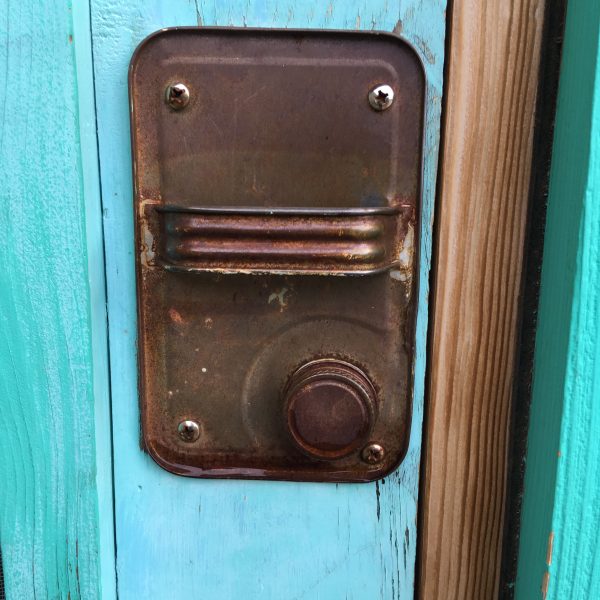 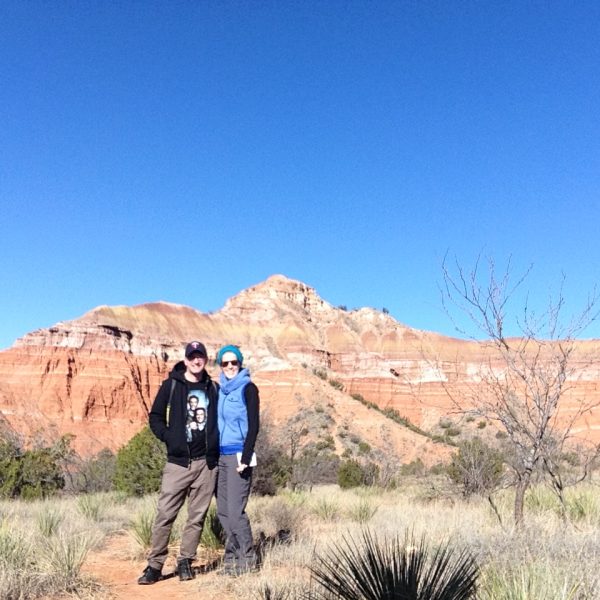 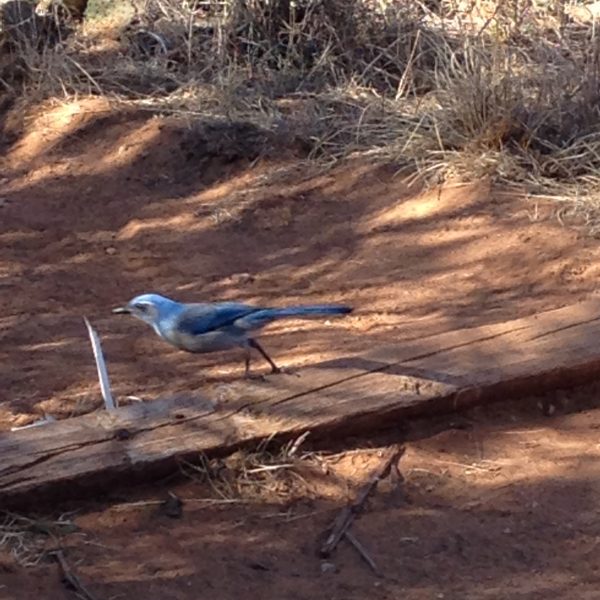