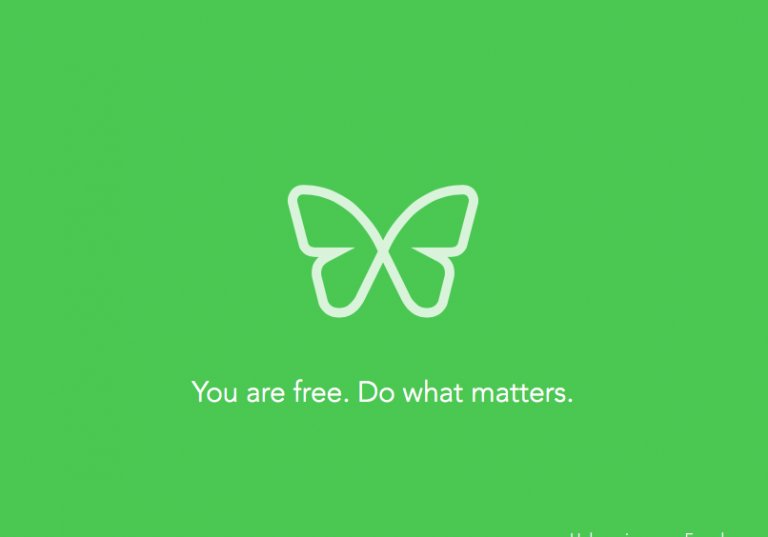 Have you ever found your mind wandering to the internet- even when you left your smart phone at home? Then start with this article, and consider reading Digital Minimalism by Cal Newport!

The phrase ‘Digital Minimalism’ doesn’t attract everyone. If I weren’t already seeking a change in how I use tech, I probably wouldn’t have picked this one up. Same goes for this post: I assume that if you clicked on this one, you’ve maybe wished for  a more intentional relationship with screen time.

Nearing the end of my month off from social media, I was hesitant and nervous to log into Twitter, Instagram and Linkedin. I hadn’t yet gotten Cal Newport’s book Digital Minimalism from the library, and I knew it would be critical to re-introducing social media into my life. I wanted to return to social media with a concrete plan, also referred to in the book as an Operations Manual for each platform that gets reintroduced.

Related post: How I am quitting social media for 30 days

So, I stayed offline for an extra 5 days (35 total!) to read the book and set up a plan. Here’s what I learned.

I was already doing some things “right” in Digital Minimalism

I did not know that the book starts off by recommending taking a month off all “optional technology”, which I had already been doing. Glad to have started on the same page!

It was good to see that there were actions he recommended that I already do:

The above practical tips were inter-spliced with quips from well-known Americans in history and current digital minimalists, for example the FIRE (Financial Independence Retire Early) folks. What I enjoyed the most, though, were the ideas that were new to me, and pushed the envelope on having an intentional relationship with tech- including texts, social media, and any screens in my life.

“When using social media, how can I maximize value, and minimize harm?”

This was a core question from the “technology screening” Cal refers to. It’s the third question in the screen, so not all “optional technology” necessarily makes it to this question. In my case, Twitter did not make it through to question 3, so I am considering deleting it.

Here’s an example from the Operations Manual I created for Linkedin.

The phrase ‘operations manual’ sounded daunting when I was first going to create it, but really, I set myself a 25 minute timer to write it out, and then another timer to implement the changes on the various platforms. It does not have to go through my board of directors! 😉

“How can I replace previous habits with high quality leisure?”

As with many addictions, it makes no sense to simply remove one thing and expect your life to improve. Cal makes the case to limit passive leisure (TV, scrolling…) and emphasizes “high quality leisure”, where you need to be actively engaged while doing it. It’s one of THE most important ways you can take a month off from optional technology, so much so that he suggests starting high quality leisure before doing the digital purge.

“The value received from a pursuit is often proportional to the energy invested.”

In my case, I embarked upon National Novel Writing Month (NaNoWriMo), a mega-goal to write a fiction novel in only one month. It was the perfect replacement, occupying my mind, energy and focus that previously went to social media and its’ distractions.

This one surprised me: I’ve learned to enjoy being alone, but never considered how much of my “alone time” is spent with other people’s thoughts entering my head. Here’s an example: I walk alone daily. 90% of the time, I have my headphones in to listen to a podcast, or a playlist. I would have still thought of this as alone time, or time to think, but this quote made me raise my eyebrows:

Solitude deprivation is a state in which you spend close to zero time alone with your own thoughts and free from input from other minds.

The book goes into much more detail of what we miss out on when we don’t actually sit and think, which is slowly seeping in to how I plan my workday and personal life.

Cal Newport’s Digital Minimalism: Choosing a Focused Life in a Noisy World, is worth a read if you want tech to serve the rest of your life positively. In this book, you’ll find some great ideas to take it a step further. I’m excited to be in the implementation phase now.

“Only thoughts reached by walking have value.”