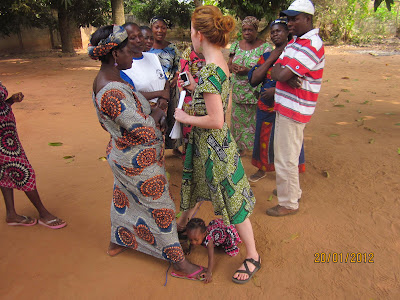 “If you have one finger pointing at somebody, you have three pointing towards yourself.”
Proverb of Nigeria, West Africa

Conflict is experienced very different here in comparison to home…arguments are often fantastically public, in the streets, involving the opinions of neighbours, brothers, parents, passerbys, goats. Ill never forget the time Roukia gave her two cents from our balcony as our neighbours below were having it out with a guy on a motorbike. Everyone was shouting, he’d go speeding down the street only to return and point a few more fingers, then race off again, this time coming back with another guy on a moto (just curious whats going on)… or the countless times we have been in bush taxis when a good and heated debate starts about prices, or the number of people in the car, or who knows what else (usually in fon). Conflit here is exciting, and loud!

I was at the beach once when an argument started up at the house next to the cocotier. The machete boy asked me if people argue like that in my country. Got me thinking, Yes, definitely. But not public like that, in a screaming shouting sort of way. Instead, arguments are more often saved for when you’re home and all the windows are closed before having it out. Also, when I think of public conflicts at home, a lot of the time bystanders avoid the whole thing rather than jump right into it. Not sure which way is the way to go, but we all still have our pre-dispositions towards conflict, and changing our beliefs and habits takes some experimentation!

I spent much of December and January working on a two day workshop for Conflict Resolution. We took a two-day workshop that Winnipeg’s Mediation Services (http://www.mediationserviceswpg.ca)/ provided us with, and I translated it into french, re-worked it with my bosses so that it would apply better to our setting, and they adapted it into fon. We held the workshop last week (thursday and friday), and it was a hoot!

Of course, there were the bumps that come along with any event. The person we hired to bring both days lunches cancelled at the last moment; the women arrived two hours late each day…thank goodness we did this project nearing the end of my stay because my alter ego “Yovo September Libby” would have had a nervous breakdown! Haha, but following suit of my bosses, cool and collected “why worry” demeanors, we sorted it out: Roukia saved the day and cooked 2 delicious meals, and somehow we managed to adapt the workshop so that we could still be on time.

The invitees were largely presidents, secretaries, treasurers and organisers of the womens associations. We totalled 16 the first day, and 14 the next, with 4 babies running around. Considering most of our group could not read or write, the format that Mediation Services follows is very interactive and fit well with our group. In the end, many of the women were able to explain how they’ve already changed some of their habits in how they lead their associations or their small businesses, such as selling bread in the street. They also commented on how they could use some of these skills with their husbands and kids.

Speaking of kids (nice transition, self)… popped in and dropped off more baby formula at Bertilles this week. She has save 10 500 francs now ($21.00)! That is half a years school, and is right on track with the biweekly 2500 she said she would save. We’ll go once more near the end of february, when Ill drop off the rest of the formula, and from there by bosses will visit her from time to time to check in.

Going north this Friday… hope to catch a ride with someone somehow (haha, extensive planning as usual). We are now 5 in the house, as Matthew got here last night, but Marit leaves friday for Ghana so it will be short lived. 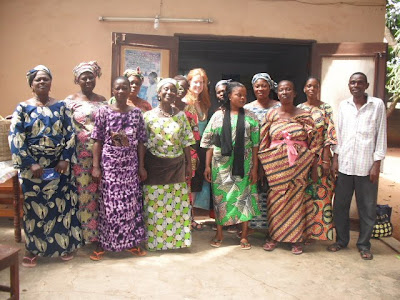 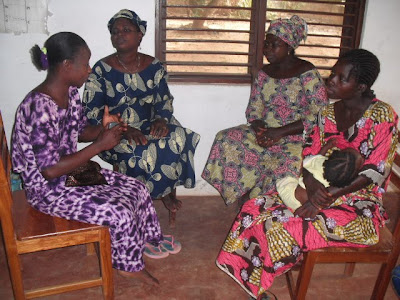 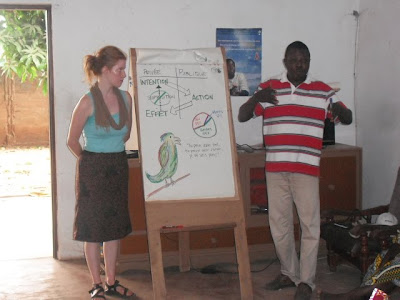 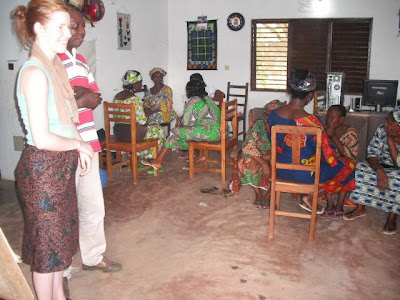